After a considerable number of masterpieces, in 2007 Martin Scorsese ultimately earned the Academy's utter recognition, by winning the Oscar for Best Director with the successful thriller The Departed, also accolading Best Film, Best Editing and Best Adapted Screenplay for writer William Monahan in one of his first film writings. Among the very fine cast there was, as today it is all in all improbable not to be, Martin's fetish actor, Leonardo DiCaprio. 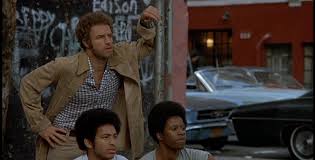 To the prospects of remaking this team I write with excitement, feeling to which I add a great expectation when acknowledged with the object of Paramount's contract with Scorsese and Monahan: regenerate Karel Reisz's The Gambler. The 1974 film is a bare adaptation of Fyodor Dostoyefsky's novel, telling the story of a literature professor who while inspiring his students to read the Russian's works, spirals into the gambling vice and drags his girlfriend.

DiCaprio is currently not under legal assignment but along the company's gawking, may we also check his recent prolific cooperation with the director: Gangs of New York (2002) The Aviator (2004), The Departed (2006), Shutter Island (2010), the abandoned The Wolf of Wall Street and the upcoming Sinatra (2013)