I didn't watch Peter Weir's The Way Back last year and so I was waiting for Saoirse since the failed Lovely Bones. Plus the trailer got me the impression of a Wright's typical finesse in building a scenario, this time in a very different genre, and the fact that the script had been written in a school writing program (Seth Lockhead, Vancouver Film School) aroused my curiosity. I had heard some positive reviews (Variety; Roger Ebert) and some very bad ones from my closest circle of colleagues. Well, I tried it and I can't say I am disappointed. I guess I tuned my expectations just fine. 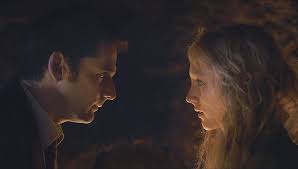 Hanna respects and doesn't ever try to skirt the conventions of a typical American action thriller which obviously gets us talking about its clichés, its well known plot devices and the plain and predictable impersonation and arc of the characters. The girl's incredible skills are deceitfully backed up by the visual rhythm in order to get her performing impossible last second escapes, as for when the trucks blanket past the hole in the desert or when she strikes Blanchett with an arrow out of nowhere. You almost predict the killings when they're about to happen and the whole CIA-whipping-self-past thing takes us to obvious plot points, such as the kidnapping of Sophie's family, the revelation of the truth in a poor dialogged moment or Erik's death. You know, the inciting incident and even the background story are never convincing enough. The characters, whether it's Hanna, Erick or Marissa, they're all archetypes and don't fleet from that. Even if Saoirse Ronan says in an interview that Hanna may not have physical weaknesses but compensates with psychological depth, it is still not as humanly profound as I believe it could be. It doesn't ever surprise you, despite one or two very good moments, like when Grimm is dancing, or the action scenes.

But then Joe Wright grabs this piece with such a sensitiveness and departs from such beautiful but at the same time assassin icy-white scenario, traveling along a very well craftet pace with a fast strong spiky editing, with the amazing The Chemical Brothers soundtrack, constantly building a crazy, childishly dangerous and hallucinating atmosphere, bringing a compensating freshness to the film. Joe actually states he was major influenced by David Lynch. 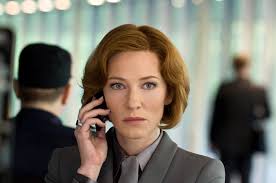 This is certainly not a great film. But it still made me want to go through it, still made me take a position with the characters and still surprised me with the psychedelic-cold action scenes. And I enjoyed the final foreshadowing punch line.