Between the cosmic and the momentary:
«The Tree of Life», Terrence Malick 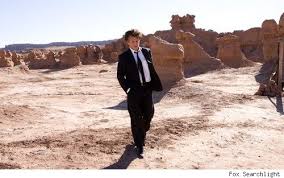 Jack (Sean Penn) is a lost soul. Surrounded and sunk in the walls of his own existence, distorted fortresses of glittering glass and slanted cement, he recalls his past.
Does it by receiving the genuine humanity Malick depicts in his early films. Does it by reaching the archetype of Men: a disturbing but gracious littleness, an anguished and fearful search for the reason of everything, strong in itself but fragile against nature. What remains is not the feeling of a textual querying, but of a painted and played one. This is Terrence’s freest film, his most improvised and sincere walk, with flavor of sunlight, the only light he and DP Emmanuel Lubetzki («The New World», «Children of Men») admitted to plant this Tree. Protests against the film’s fragmentation seem unfair to me for what sustains the screenplay and the wide-length camera is the ensemble of great moments, just like Stanley Kubrick once stated a film should be made of. 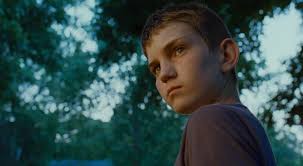 When we’re back in 1950 to the O’Brien’s, Jack searches only for the reconciliation with his father (Brad Pitt), a tough and conservative but passionate man whose manners molded the kid’s growth and affirmation in the years that kept coming. But nothing is more than a profound haste from Jack’s solitude, a cover to an intimate and corrosive wish to find a meaning for his whole life. And so he dives and peeks back in those distant times for a glint of innocence, a grimace of commotion, a footstep of bewilderment he may once have taken. Anything to shake or solve the detachment, the displeasure, the disenchantment he feels today.
And that’s when we fall. We fall and we keep falling, through a spiral of colored mosaics, of swinging carved rocks, of voluptuous bubbly and refreshing sea waves, of foaming flooding cataracts, of sunflower fields, of worshiped trees. Back at the surface, panting, we will already be part of the story of Jack’s family. Mom (Jessica Chastain) and dad still lay down on the grass under the touching passion of their youth, bathed by twinkling light honoring the mystery of the touch, the hug, the breeding. Believing or not that the storyboard was overthrown by some at-the-moment appreciation, we will never miss details such as the mother carrying his little baby away from a man in a seizure. 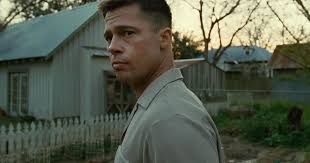 Before we witness the unrolling of one of the most beautiful “father-son” relationships the cinema has ever met, we’re caught in a scale of “whys” and travel to the dawn of time to question the purpose of all existence. Malick studied the cosmos with material from NASA and with a metaphoric editing that builds the whole film he created time and spaceless sequences and essayed on biology and astronomy: beams and explosions of colors and shapes, stars and meteorites, gases and lava, liquid and rock, fog and fish, landscape and dinosaur, microscopic life and magnanimous planetary aurora, inspired in «2001: Space Odyssey», while listening to the excruciating and glorious «Lacrimosa», from «Requiem for a Friend», from Zbigniew Preisner.

The second half of «Tree of Life» stabilizes but won’t run away from its prior path. The style remains unconventional in the use of colors, in the composition and framing, in the actors and camera almost improvising, intensifying the naturalistic ethereal tone that has been gathering a legion of fans since «Badlands» (1973). It all flows like a river, alive and breeding, the same way the director asked Alexandre Desplat to create the musical score. Jack’s mother resembles some smile, tenderness, protection, consolation, the joyful task of being a child forever, while the father stands for toughness, respect, discipline and the difficult task of growing older.

But Malick never denies the compassion he feels for both. Maybe this is where the film flattens a little but it is still beautiful to watch the inevitable roads Jack and his brothers walk towards a more ungrateful and harsher view of the world. 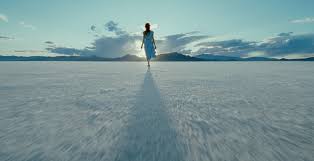 In the end, the defiance of a child who feared his father and swore he wanted him dead gets sharpened in his middle-aged face. And this is where the director’s ecstasy, almost surrealistic, causes confusion and provides some thoughts for the negative reviews. In this climax boils the greatest challenge of interpretation of this picture. As far as I’m concerned, Jack surrenders to faith. And by saying this I may be opening another breach for the skeptics who found a literary pretenciousness in the voice-off. As for me, it complements the image just fine. Because it comes not from a preached religiousness but from a prayed right-of-his-chest yarn. Jack surrenders to the simplicity of the grass, of a beam, of a conversation, of a relationship, of a hand-on-hand walk, of the little things the nature offers (like the little wounded bird, in «The Thin Red Line»). Of the hug, you see. The hug little Jack can’t avoid to give to the man who treated him with such familiarity and conflict, something which will take us to the final forgiveness, for father and son have become alike. And there’s the beach, freedom, just like in Truffaut’s «400 Blows». The answers stay floating around but Malick posits his version of truth (whether or not we believe in such): the joy in everything, from the baby’s first steps to the wrinkled old hand; the grace of existence within the unattainable relationship between the cosmic and the momentary, between the big-picture and the deepest intimacy. In the little things and in the beauty of its imperfection.