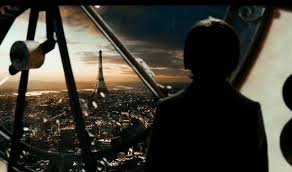 Last year was as much a rocket launcher for future and change, as an inwards and unexpected unfolding of an old endearing photo album. The world throbbed when, from Tunisia, to Egypt, to Libya, the Middle East came into the streets protesting against war, repression and corruption, historical revolutions that may have meant the blossoming of a new era, the Arab Spring. Russia came along and the whole West kept fighting the uncertainty towards a wounded economic system, asking for a rethinking of strategies and values. Back in 1929-33, during the Great Depression, there was this big black box providing people with hope, laughs and cries, amazement. The dreamland, the movies. We can't avoid looking at this year's productions without recalling their eternal escape-providing nature, especially if we consider that three of its major masterpieces refer to the nostalgia of a golden age: Midnight in Paris, The Artist and now Hugo. A romantic comedy in the Parisian artistic circles in the twenties, a melodramatic comedy as Hollywood fostered sound and an adventure coming-of-age, praising the wizardry behind George Mélies' work. 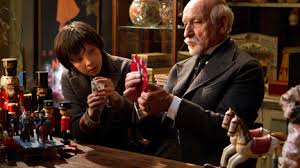 Hugo, adapted by the exquisite craftsman John Logan from the book The Invention of Hugo Cabret, by Brian Selznick, blends the passionate film buff, with the masterful filmmaker behind Taxi Driver, Raging Bull and The Aviator, with the most engaging teacher, as author of documentaries on American and Italian cinema, with the historian and restorer that created The Film Foundation. Those are all Martin Scorsese, in one of the most personal films of his career. The story of a Dickensian boy hero, Hugo, who wrestles to fix an intriguing old toy machine, which he believes may contain the last message his late father left him. When he meets Papa George and his granddaughter Isabelle, we can barely suspect the 12-year old has the key to the heart that pumped some of the most remarkable and crucial advances in film, regarding storytelling, editing and visual effects. Although he lives on a structure designed for a younger target audience, thus the very funny lighthearted reliefs from the Station Inspector, the dogs and the old couple, the story goes tenderly deeper, unveiling child-like genuine and powerful thoughts about our purpose in life. Hugo truly re-opens someone's self, rather than simply wind up a gadget, as George Mélies arcs from a grouchy, bitter man suffering with a past long gone to the glorious figure we still remember today - magician, inventor, one of the greatest filmmakers of all time.

Grandiloquent crane shots and breathtaking travelings, from the world to a room, from a city to a face. Paris tickles with lights and sounds, motions fast blurring vehicles, and the first shot leaves us astounding at its clockwise cityscape, when it is suddenly replaced by the engines of a large clock in the Gare of Montparnasse. That's merely the initial glimpse of the brilliant force made by Logan's script, Martin's vision and Thelma Shoonmaker's talent. When a train crashes off the rails, it pays off Arrival of a Train to a Station by the Lumiére brothers and Mélies's A Trip to the Moon. The ending, after a third act made of a rainbowish, doc-lyrical, ultimate ode to dozens of the French director's works, translates the meta-themeline to the meta-technicae, when by using one of Georges' great discoveries, Scorsese transforms the character played by Ben Kingsley in the actual Mélies, in a screen inside a screen. An additional note of appraisal to the work of the rest of the cast, chiefly the much promising rookie Asa Butterfield, Chloë Grace Moretz, Sasha Baron Cohen, and Michael Stuhlbarg. Nice cameos by Martin himself and Christopher Lee. Beautiful score by Howard Shore and the usual ravishing photography by Richardson. 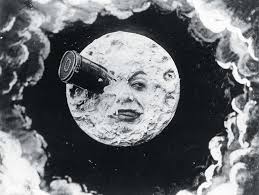