Midnight in Paris (2011), there's something about the rain 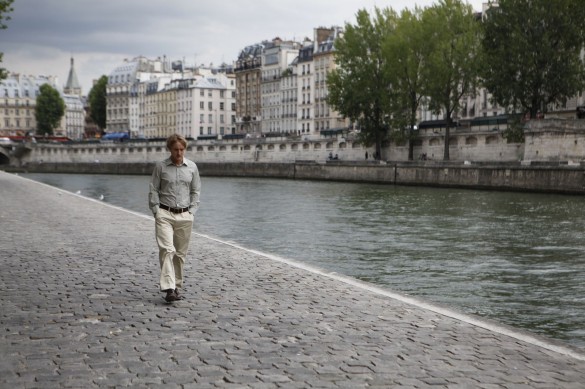 It was nearly midnight when I walked out of the theater and how plain it would have felt if I did it out of Studio 28 or Le Balzac. Instead I came out of a Lusomundo's but how grateful and delighted I felt anyway for I had just watched a very compelling original story, burst a mouthful of laughs and deep-breathed at the sadly hopeful message Woody Allen had genuinely told me during the last ninety minutes.

The man from New York, who once named a film after his dearest town, began this European journey in London, with Match Point, post-carding it on Scoop (coming back in Cassandra's Dream and in You'll Meet a Tall Dark Stranger) and flew to Barcelona with Vicky and Cristina. For the time being, he'd finished a trip to the capital of France and was ordered a work in Rome. "No work of art can compare to a city.", notes Gil Pender, Woody's clearly depicted alter-ego here. Don't let this deceive you. If Woody indeed exquisitely painted Paris with its incredible finesse and romance, he far exceeded the touristic expectations, and one might say he once again deconstructed himself while brushing a moving, wit and universal story.

Anyone who's had the chance to fall in love with the city may be immediately charmed. Three-minutes of jazzy non-dialog shots of the most emblematic places to visit - the Eiffel Tower, the Champs Elyssées, the Louvre, Notre-Damme, Monmartre, the Senne, the Moulin Rouge and so on. And when to the smart first dialog is attached a picture, you hear "Monet" and struck against your seat for you're actually starring at a living Bridge of a Pond of Water of Lillies, with Owen Wilson and Rachel McAdams crossing it. 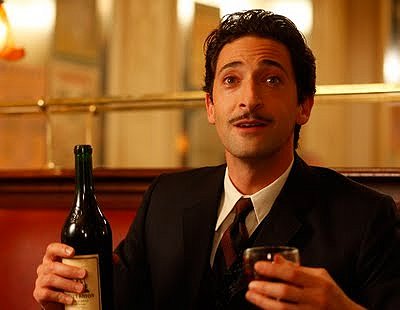 You will now visit Allen's commonplaces, such as the creative work, the unstable relationships caused by the protagonist's neurotic self-doubts, the pseudo-intellectualism or the snappy betrayal. But now, just like in Manhattan, the helmer, and so the characters, is truthfully in love with the place and that waves out intensely and enchantingly. Harry is not applauded by his thankful characters but Pender time-travels to the 20's Parisian clubs where once dwelt his idols. Masters like Hemingway, Fitzgerald, Gertrude Stein, Cole Porter, Picasso, Buñuel or Dali. It is extravagant and reflective and yet warm, cozy and there's this girl to fall in love to. It's magical.

The Golden Age. The Golden Ages. We all lure at a time and a place we can't belong to, for in this relies the beauty of it - a nostalgia of a lost, unknown, unreachable past, accounting for all the paradoxes such statement hoists. To the most possible way, we all have our Belle Époque. That is nowhere but in the books and in how we read them, in the paintings and in how we gaze at them, in the movies and in how we watch them, in the music and in how we listen to it. Somewhat like a fairytaily curiosity; our Romantic inheritance. All along, we have Paris in the rain.