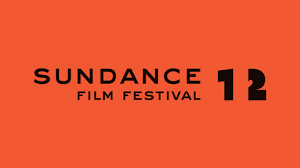 One of the most surprising twists of this year's Oscar nominations was granting J.C. Chandor a ticket for Best Original Screenplay for Margin Call, a low budget independent film about the global financial crisis that premiered last year in Sundance. At the time, I reported it as one of the films that successfully picked a distributor, along with the already exhibited Another Earth, Like Crazy, My Idiot Brother and Martha Marcy May Marlene  - others still to come. Since 2005, when Michael Arndt's Little Miss Sunshine won the aforementioned award, Sundance spilled into the world a total of eleven films admitted by the Academy in the writing categories: The Squid and the Whale (2005), Savages (2007), In Bruges (2008), Frozen River (2008), The Messenger (2009), In the Loop (2009), An Education (2009), The Kids Are All Right (2010), Winter's Bones (2010), yet grasping another win for Precious (2009).

The place where independent new talent nourishes from digital, low cash, quirky original filmmaking has Rodrigo Cortés' (Buried) new film Red Lights (starring Robert de Niro, Elizabeth Olsen and Sigourney Weaver) has one of the biggest highlights. Let's hope some of this year's major deals listed bellow will stick to the thread. Via The Hollywood Reporter.

Something From Nothing: The Art of Rap | The Indomina Group: $1 million-plus, worldwide rights (UTA)