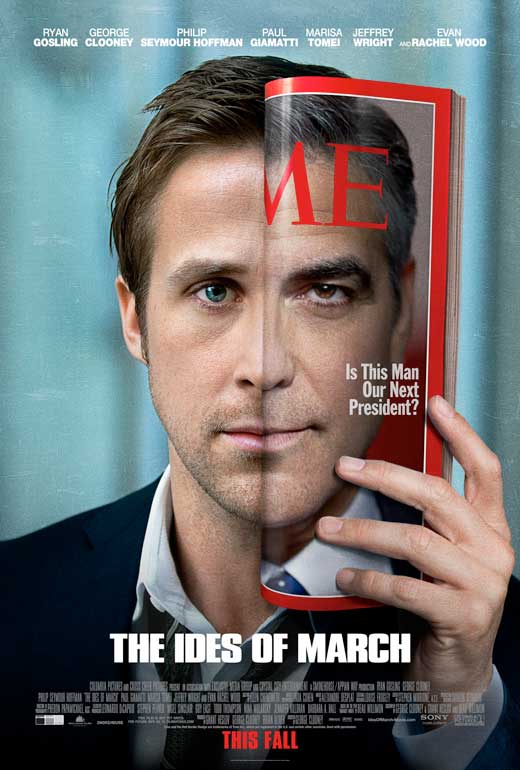 I've been an admirer since The Notebook (2004) and a fan since Blue Valentine (2010). Also in 2010 he made Carzy Stupid Love with Steve Carrel and Julianne Moore and All Good Things with Kirsten Dunst. I had thought, chiefly because of the low budget sad romantic film where he teamed up with Michelle Williams, which also earned him the "Most Unfair Academy's Non-Nomination", it was a matter of time before this guy would come up as one of Hollywood's most valuable treasures.

In 2011, Ryan Gosling has been gathering huge hype has he stars in two of the most awaited films of the year: Drive, one of the pieces that shook Cannes, nominated for the Golden Palm and winner of Best Director (Nicholas Winding Refn), warming up the band for upcoming commercial release; and The Ides of March, to open tomorrow the Venice Film Festival, written, directed and co-starred by George Clooney, known adept of political dramas.

How promising would you dare to bet Ryan's endeavors are going to turn out, from here on?

PS: The Ides of March running for movie poster of the year.