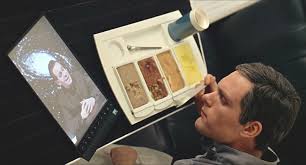 After this month's launch of Samsung's new Galaxy tablet, the technological pomaceous fruit by Steve Jobs has already managed to temporarily block its sales in Australia and Europe, upon charges of "blatant copying" of Apple's iPad interface and design. However, when the two giants stepped into the US Court, the Koreans whisked the traditional loading of firearms and instead lit up a whole new fire: Apple did not invent the iPad; filmmaker Stanley Kubrick did.


This clip from 1968's 2001: Space Odyssey, was actually exhibited in the court of law, described as " (...) an overall rectangular shape with a dominant display screen, narrow borders, a predominately flat front surface, a flat back surface (which is evident because the tablets are lying flat on the table's surface), and a thin form factor". Mark Summerfield, intellectual property specialist lawyer, cautions that Samsung may have some ground here, arguing that "Generally science fiction is not legitimate prior art to a utility patent, because it does not provide an 'enabling disclosure (...)" but "For example, if I were to copy the Star Trek communicator as a novelty mobile phone, I would have no right to claim a monopoly in that design. I did not devise it myself (i.e. I am not the true designer/author).". 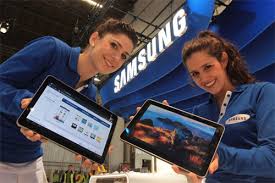