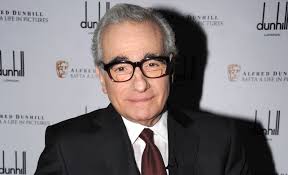 While Hugo keeps raising very enthusiastic audience and critical appraisal, Martin Scorsese has revealed which will be his next project. Not that a hiatus was hovering, much the opposite - having droped The Wolf of Wall Street, he he still had in hands the biopic Sinatra, the adaptations of The Gambler (also, a remake) and of the recently acquired thriller The Snowman, and a Rock n' Roll set-up TV series with Mick Jagger and Terrence Winter ("The Sopranos", "Boardwalk Empire). This one is called Silence and has been on the front-line for sometime now, too. A screen translation of the Japanese book with the same name (by Shusako Endo), tells the story of a "Young Portuguese Jesuit (Sebastião Rodrigues), sent to Japan to succor the local Church and investigate reports that his mentor, Fr. Cristóvão Ferreira, has committed apostasy. (Ferreira is a historical figure, who apostatized after torture and later became a Zen Buddhist monk and wrote a treatise against Christianity.)" (Wikipedia). At this point, no Portuguese stars seem to be attached.