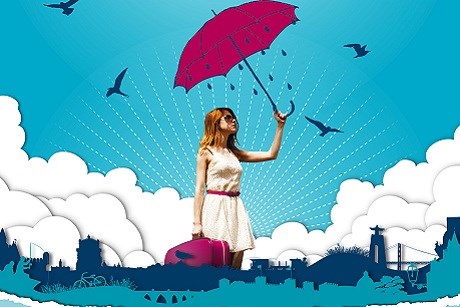 I am not stretching my words to the length of a cat's tail writing about The Master (2012). I shall be back in a few months after I've seen it again and therefore be able to put into paper what I believe the experience deserves. I watched it last night as one of my most expected films of all time (considering I wasn't there for many of the great classics) and yet how could I still be surprised, I don't know. I am not speaking of quality evaluation. I am speaking of an unparalleled cinematic experience, much like Tree of Life (2011). Only I liked it more than Malick's, for being such an intensive character study. A tale of mentor-pupil, magnetically bonded like Baker Hall and John C. Reilley in Hard Eight (1995) (although, yes, the only thing I am currently questioning is Hoffman's motivation, because even Baker Hall has one). An hipnotic, time-traveling technicolor-like visual approach, carrying the rebirth of a man psychologically destroyed by the Second World War (Freddie Quell) at the hands of the founder of a religious cult (Lancaster Dodd), "The Cause", mystically hoping to cure the former soldier and thus believe he himself has unlocked the meaning of life. One is an hormonal wreckage, clinging to a bitter lost love (sweet innocence); the other, like Daniel Plainview, the most ambitious man in the world. Waving between Thomas Pynchon  in literature, and mixing Kubrick and Fellini's perverse worlds with even more twisted, degrading and neglected fears, wishes and imaginations. Joaquin Phoenix is otherworldly (many will consider it "overacting" and its legitimate), Hoffman is bizarre and Amy Adams is ravishingly manipulative. Dodd fights an afflictive battle to try to understand Quell's mind, as he progressively becomes the only capable man of questioning the master, accomplishing his own rebirth and going back for his pure ancient desires. Between madness and make-believe, from oniric humiliation to magic-realistic lush (the dream and the phone, the eyes turning black, the decadent lust, the color of the sea).

My first ticket for Brian DePalma's retrospective gave me entrance to his 1968 Greetings, which won him a Silver Berlin Bear. I went in completely unaware of what I was up to see, but I did expect a thrilling plot and restless tracking shots. Instead, this satirical piece on Vietnam War, about three young men trying to elude the U.S. army's recruiters, unfolded as a sewing of sketches linked by world, characters and their expectations, but never by the usual causal-effect logic. I didn't know Jonathan Warden nor Gerrit Graham but watched Robert de Niro playing his first major role. DePalma brought DeNiro back as the same character played here, Jon Rubin, in Hi Mom! (1970), an adaptation of one of the funniest chapters of this piece: Jon convinces a woman to behave intimately in front of a camera with its lens cut like a window (the reference is obvious, Rear Window (1954)), an experimental project that instantly turns in something else when she's finally nude. It has a wonderful payoff when he works out the same plot on a Vietnamese woman, in the middle of a war he doesn't want to fight. It's a very nouvelle-vaguian sketch out of a very nouvelle-vaguian aesthetics (and the intertextuality is extremely obvious, as the references to Blow Up (1966)). A portrait where everybody is paranoid or obsessed about something (JFK's assassination, finding a soulmate, having sex), caring about the war seems more stupid and meaningless than singing for no purpose at all. Amour (2012), by Michael Haneke, is not a perfume. It is a Golden Palm winner that stems out of a very truthful, very sad premise. It then breeds out of two brilliant performances by the European legends Jean-Louis Trintignant and Emmanuelle Riva. The colors are coherent, the texture and the framing create the lonesome house, a metaphor for minds of the characters, knowing their time is drawing near. Technically, nothing to point out and we even get the pleasure to hear a bit of music, not like many of his works. But it all goes away by minute twenty, when you've realized you still have two hours of endless boring chat, repetitive scene after repetitive scene, infinite shots where the old man cuts flowers one after the other. It's painful at some point. And not because of those people's suffering, which I don't deny but didn't care about. I would've liked it if it was a fifteen minute short film without dialog.