MOTELx'12: a close-up on the best moments

Not only but also - will make sure I will be back next year.
Hope you too. 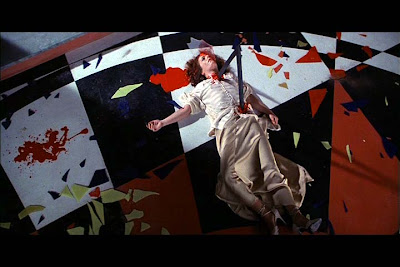 Suspiria (1977), written by Dario Argento e Dario Nicolodi; directed by Dario Argento. Probably the greatest masterpiece of the Giallo legend and one of the most remarkable horror movies ever made. A unique experience to re-watch it on the big screen.

Dario Argento himself, in a masterclass that took place on the last day of the festival, with right to the screening of a few scenes and a sympathetic autograph session in the end. From the inspiration he draws from painting, architecture, opera and music in general, to the embrace his films have always given to technical features (the "reinvention" of the technicolor in Deep Red (1975) or the first Italian 3D movie with Dracula 3D (2012)), to how his films cope with his dreams, how did he learn to make films, and his future projects. 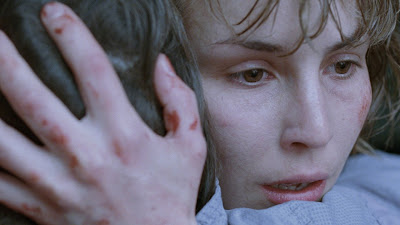 Babycall (2012), written and directed by Pål Sletaune.This is a rare case of appraisal for me. Why, because I hated the ending. I mean, what happened to "write a great third act because that's the only thing the audience will remember"? Happened that such one-sided aphorisms shrivel at the hands of craftsmen like the Norwegian filmmaker. A slow paced, realistic thriller that blends gelid paranoia, silent and undetectable violence with three real-life-like characters that might as well have been extracted from a good family drama. Main plot of delusion and subplots of character exploration are tied seamlessly together, instead of connecting here and there, pretending to puzzle up a major complexity of storytelling. You never get the impression that Anna's relationship with her son is loose from the babycall issue or from her relationship with Helge. It's almost unattainably organic. Details after details (the drawing of the building, the blood, the poster), this is no castle of cards. Noomi Rapace makes you mad along with her because you'll believe anything she says, any look she throws. The resolution casts a whole new light upon the rest of the film and I felt I lost so much of what I had to ground these characters and their actions on. I am still fighting with some logical holes but it is remarkable anyway.

Red State (2012), written and directed by Kevin Smith. Sardonic at times, scary at others, might be an interesting case study on how to carry the audience between two heroes and yet the global situation as a third character, mostly the antagonist, without leaving room for complete identification with anything unless the moral pending issues it lifts. We are with Travis in the setup and the religious lunatics in the first half and we suffer for him and his friends. Then we're with Keenen in the second half and visit both Travis and the progressively dissolved antagonists, but now we're not simply pinched by the one hero's pain but also the other's ethical and political ungrateful decision. The shaky camerawork waves a story between ritualistic torture and paranoic institutional evaluation, two magnifying glasses for the same situation. Still, I would've wanted a more traditional approach to the relationship between Travis and Cheyenne, which provided some of the best conflict of the movie. I don't think you can call it Manichean, because while yes it has a clear target for conviction (extremists even ultra-conservatives and neo-nazis pull away), never trying to hide it ("red" state), the doubts it poses upon the characters are sharp human examination. And yes, the epilogue is a fucking spit on those people's face. Great performances by the whole cast, chiefly Melissa Leo and Michael Parks.