Miguel Gonçalves Mendes and "The Meaning of Life" 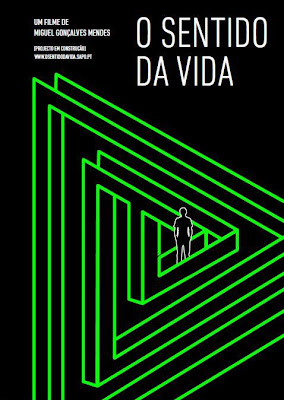 Times are quarrelsome. Spain and Italy are the new summer acquisitions of Europe's nearly-bankrupt top 10. London tailors the last fabrics for the Games and sunks into a new banking scandal with Barclays. Austerity smothers the entire continent, unemployment plummets and the Euro coin is grasping unsteadily for borrowed oxygen. In Portugal, amidst grimmer waters, cultural policies meet no purpose, strategy or honorable agents and the subsidies for cinema are physical phenomenons that are either frozen by the Government or evaporate in thin air by the hands of (mostly, not totally) amateur filmmaking.


This is where Miguel Gonçalves Mendes comes in. After the successful José and Pilar, he is starting a new film, The Meaning of Life, launched in an online crowdfunding platform called I Want to Discover the Meaning of Life. Website, interviews and detailed information is available in Portuguese only but it promises to go international as soon as the infra-structures allow it. www.sentidodavida.sapo.pt is not a general fundraising site like Indie GoGo or Kickstarter as it features personalized financing models based on case-studies like The Tunnel or Iron Sky: you can buy frames of the movie, get your face in a specific sequence of the movie, be an actual co-producer, etc.

The synopsis reads as "A young man finds out he has a disease which he may not survive and decides to travel around the world by car, crossing paths with seven archetypal characters and their views on life and its purpose. Those would be a writer, an actor, a filmmaker, a singer, a politician, an atheist and on top of it an astronaut.". The names were not revealed yet as conversations and contracts are still on the table.

More news as the project develops. International dynamics should be up soon.